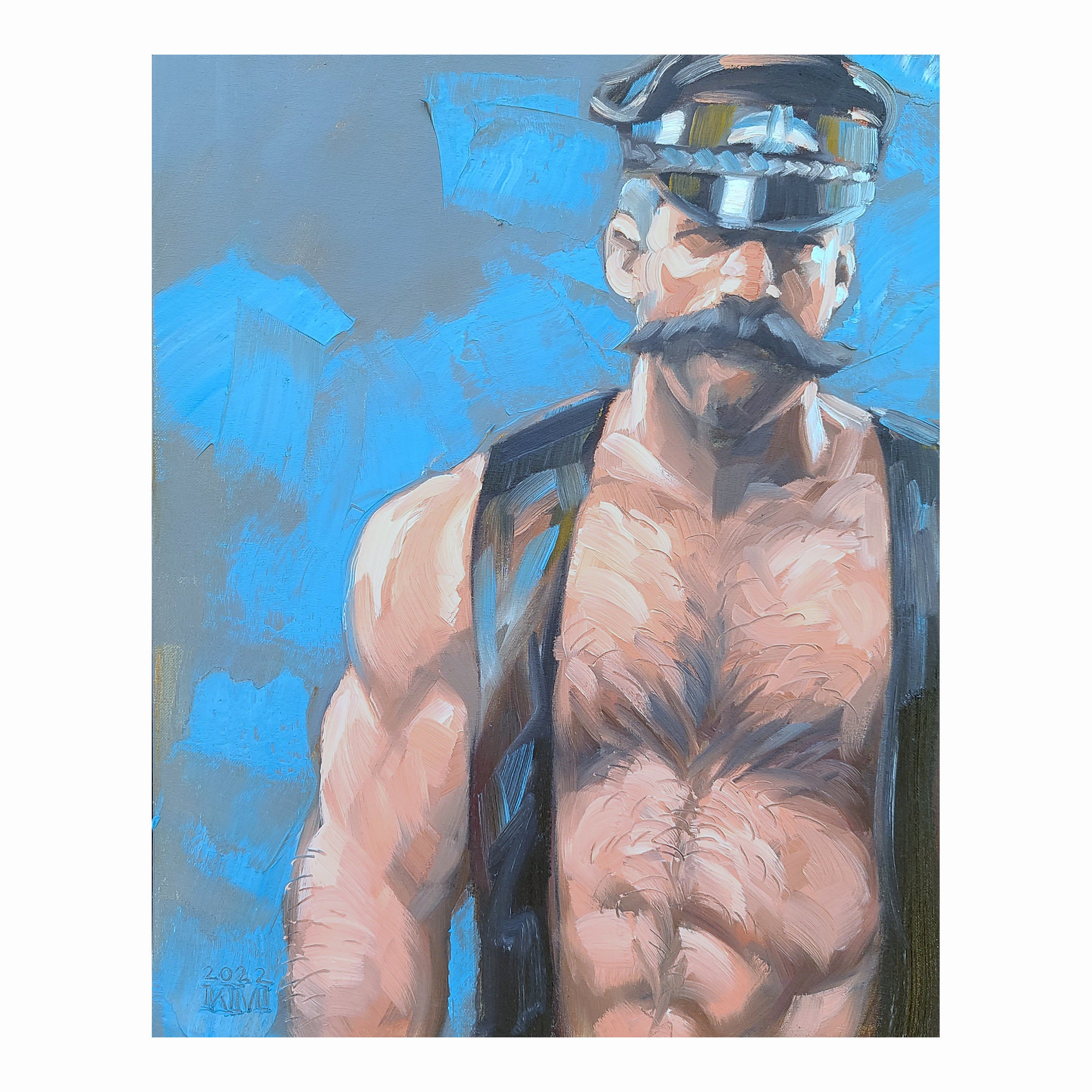 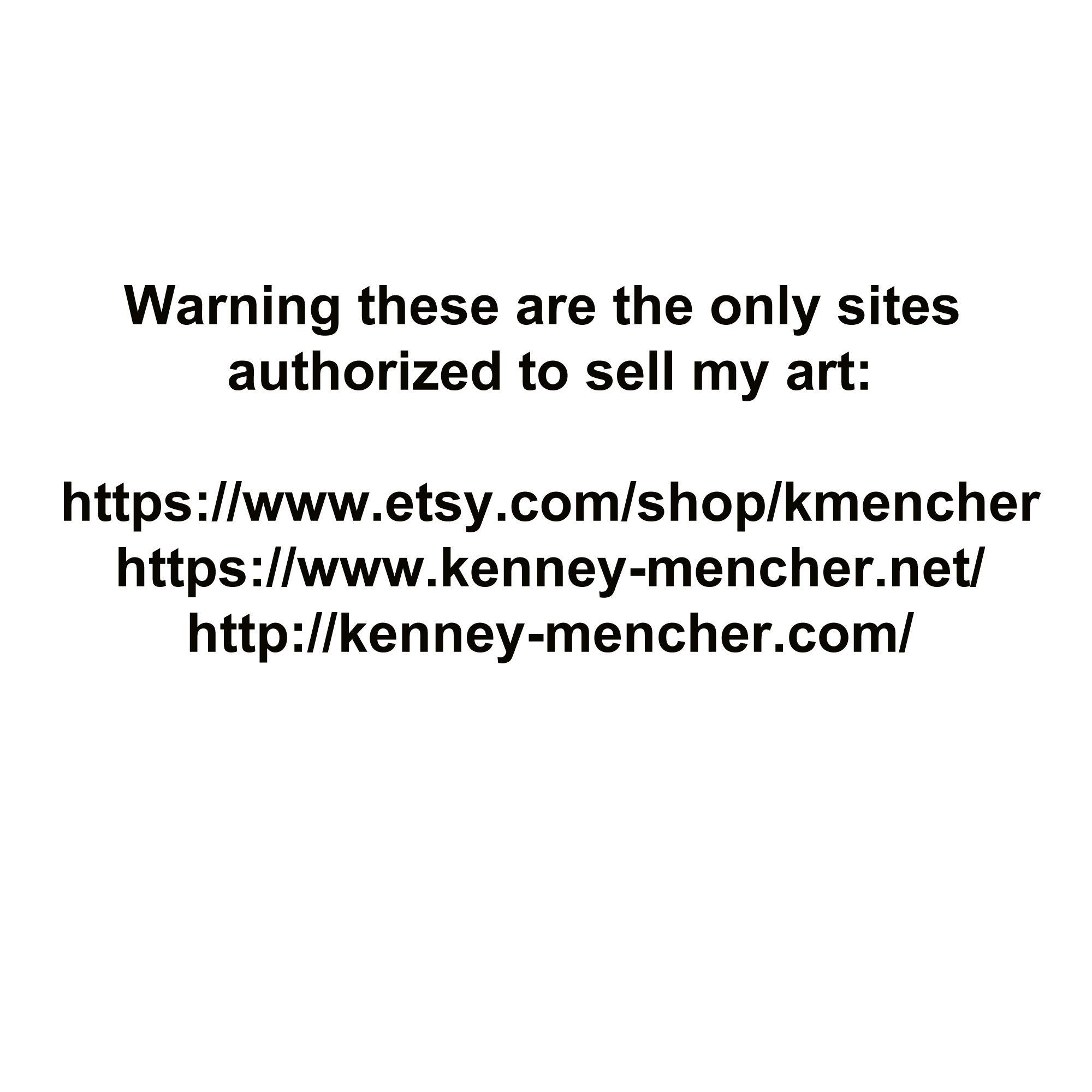 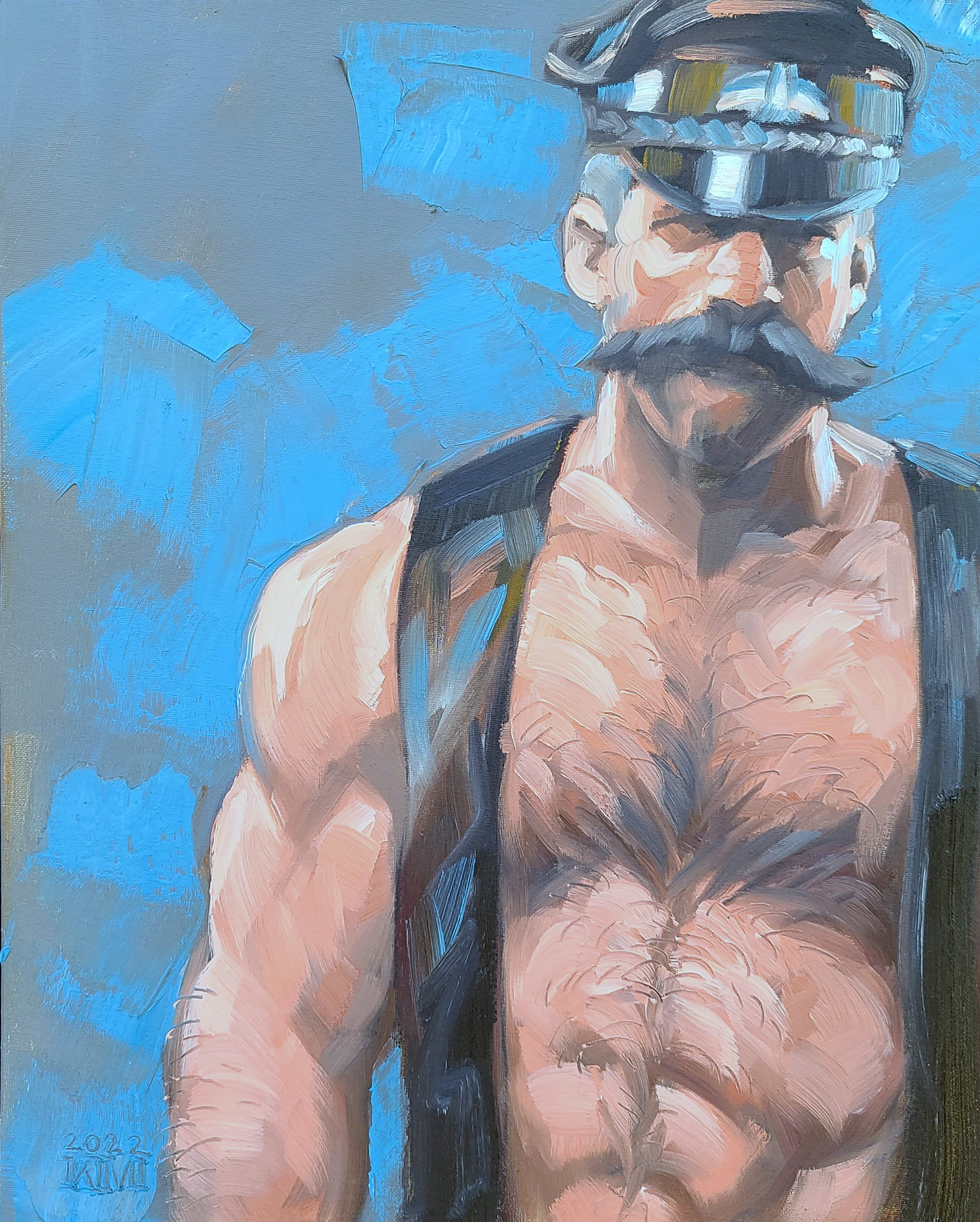 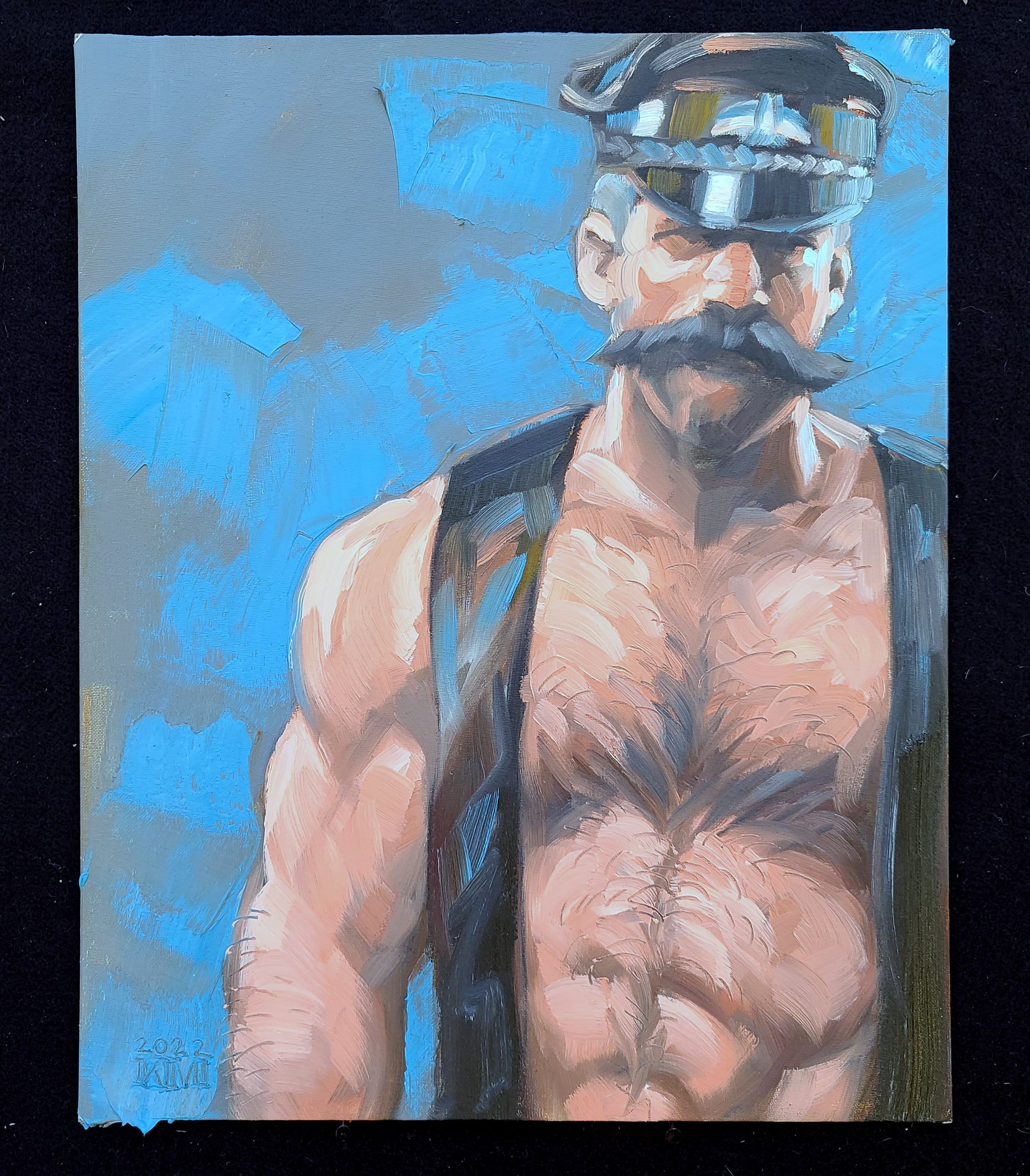 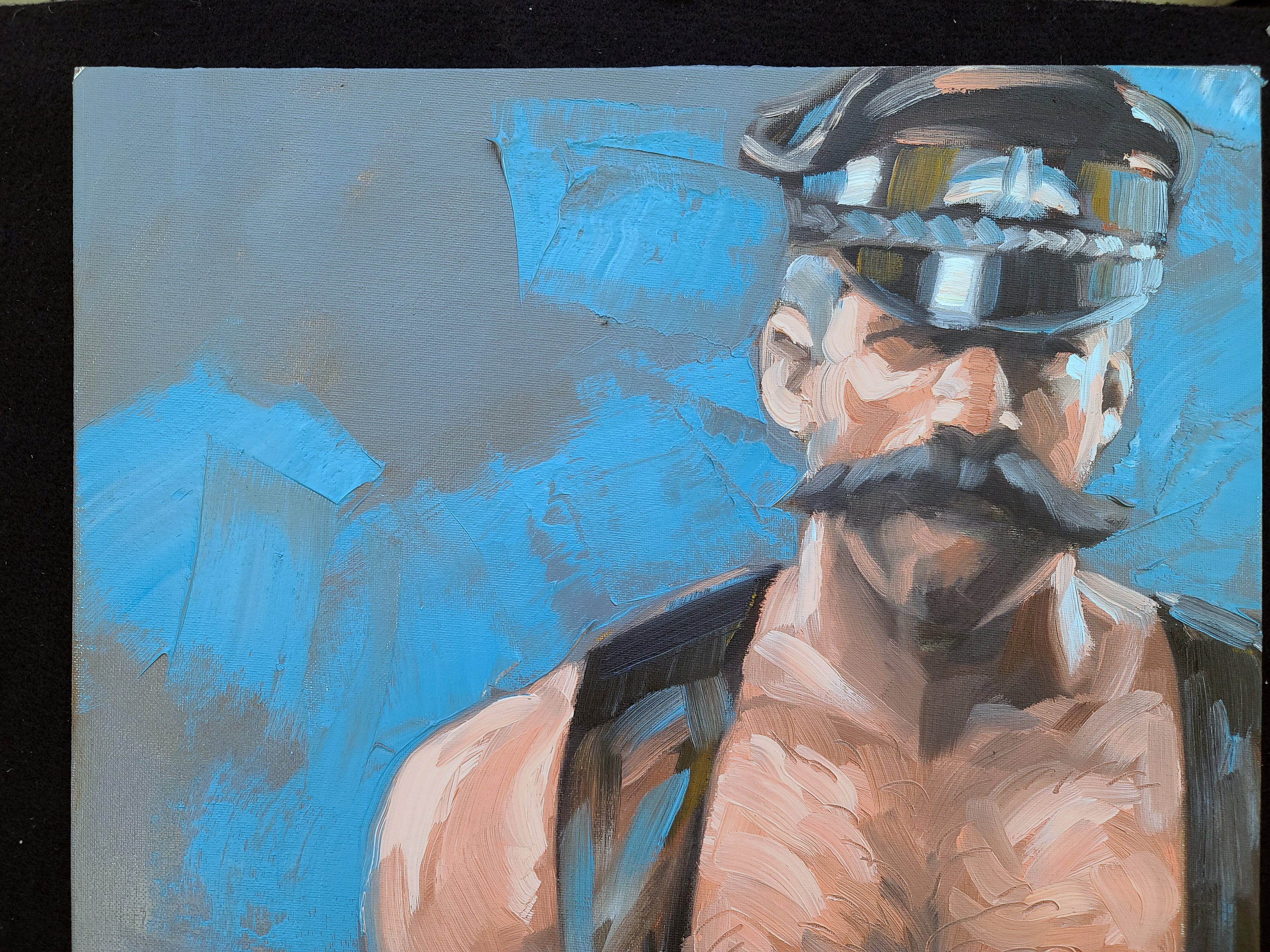 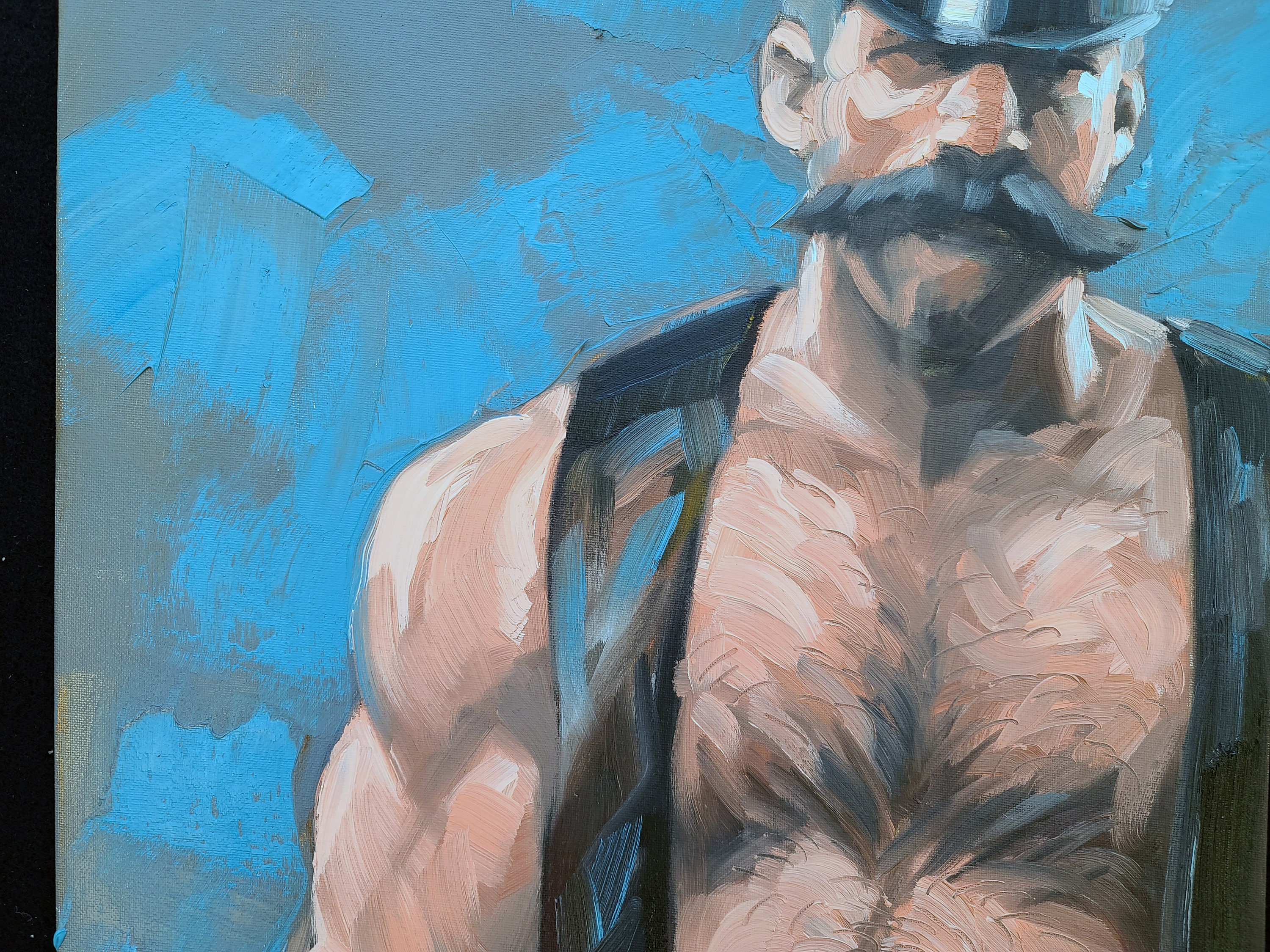 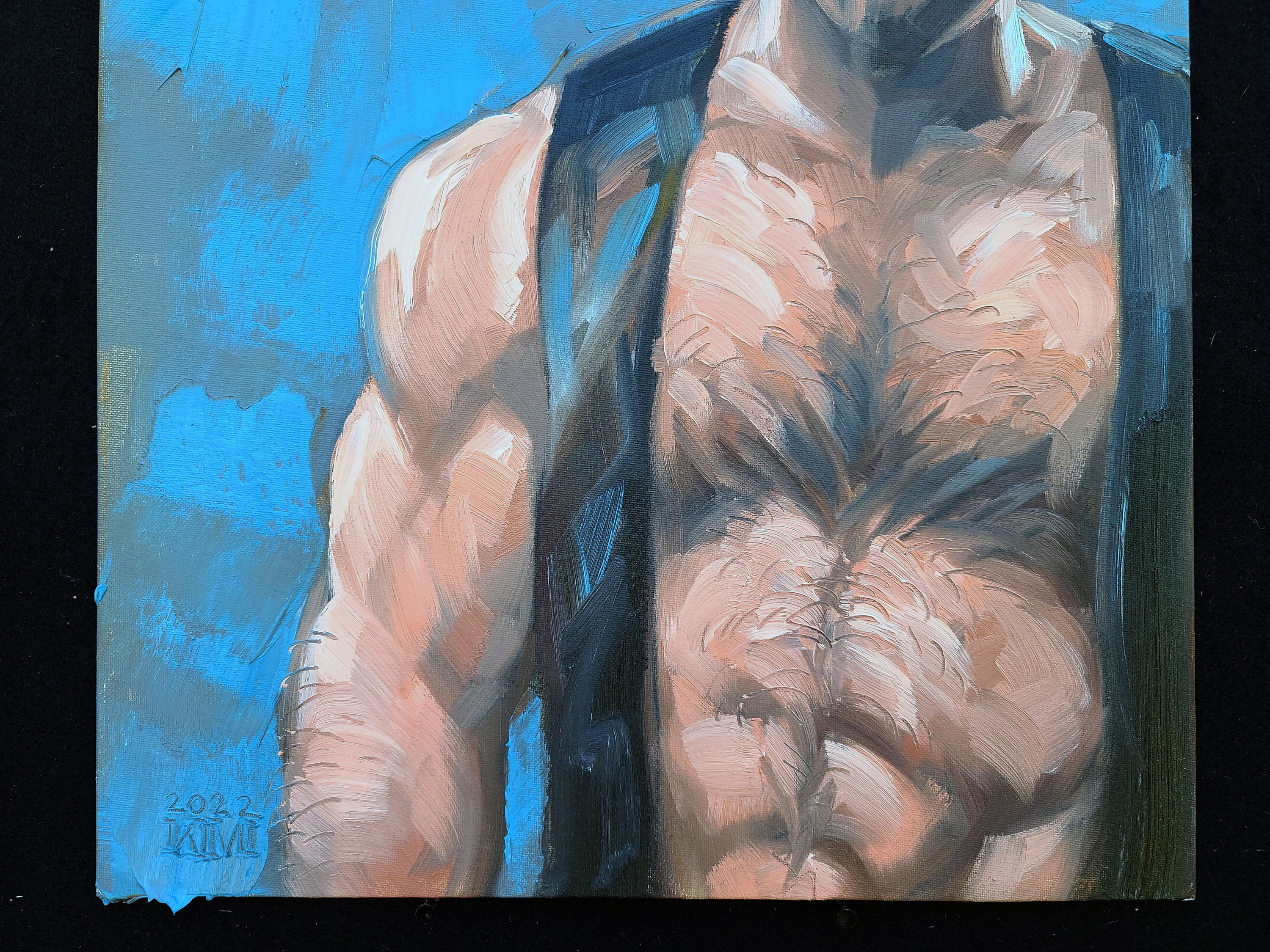 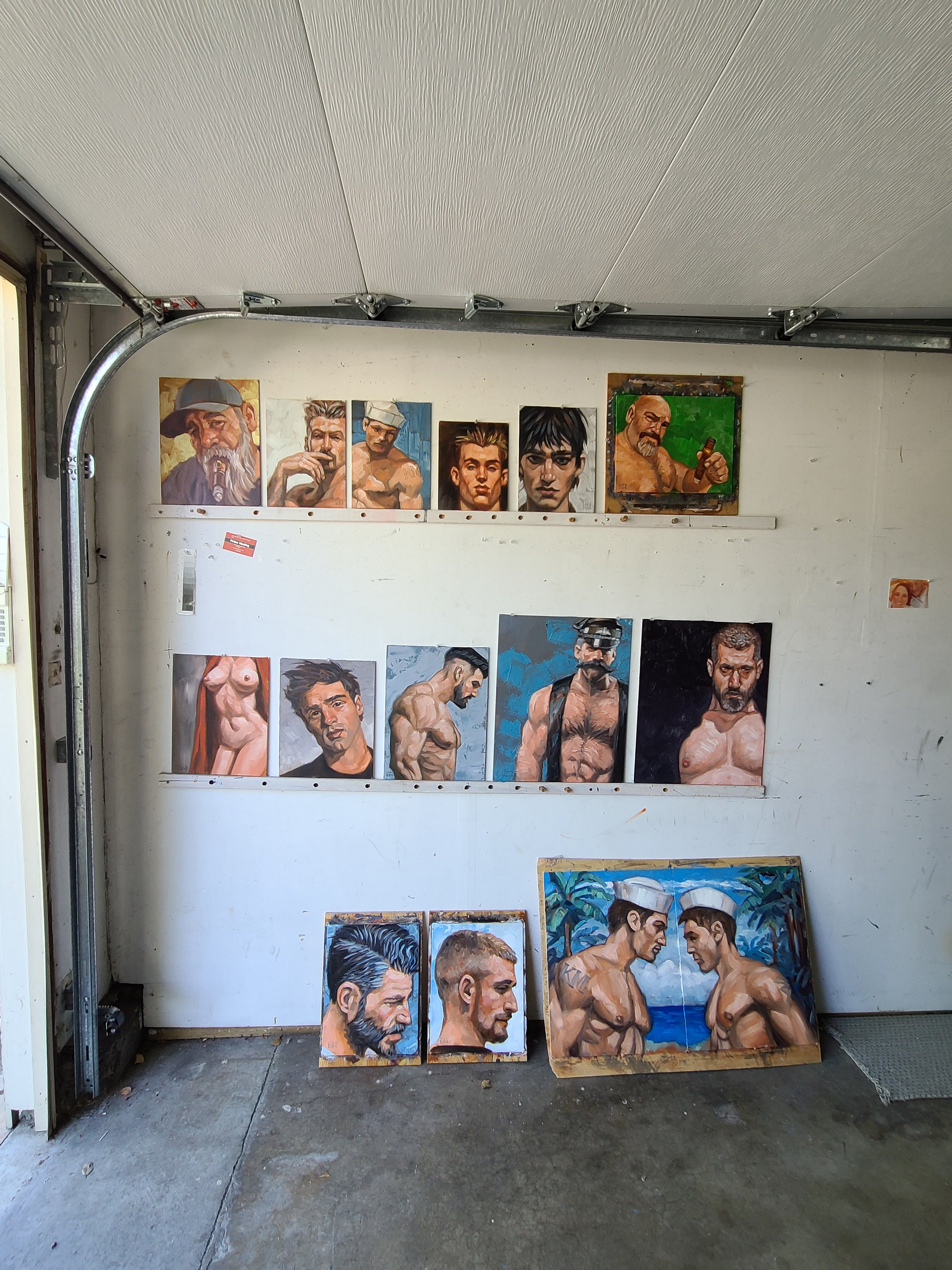 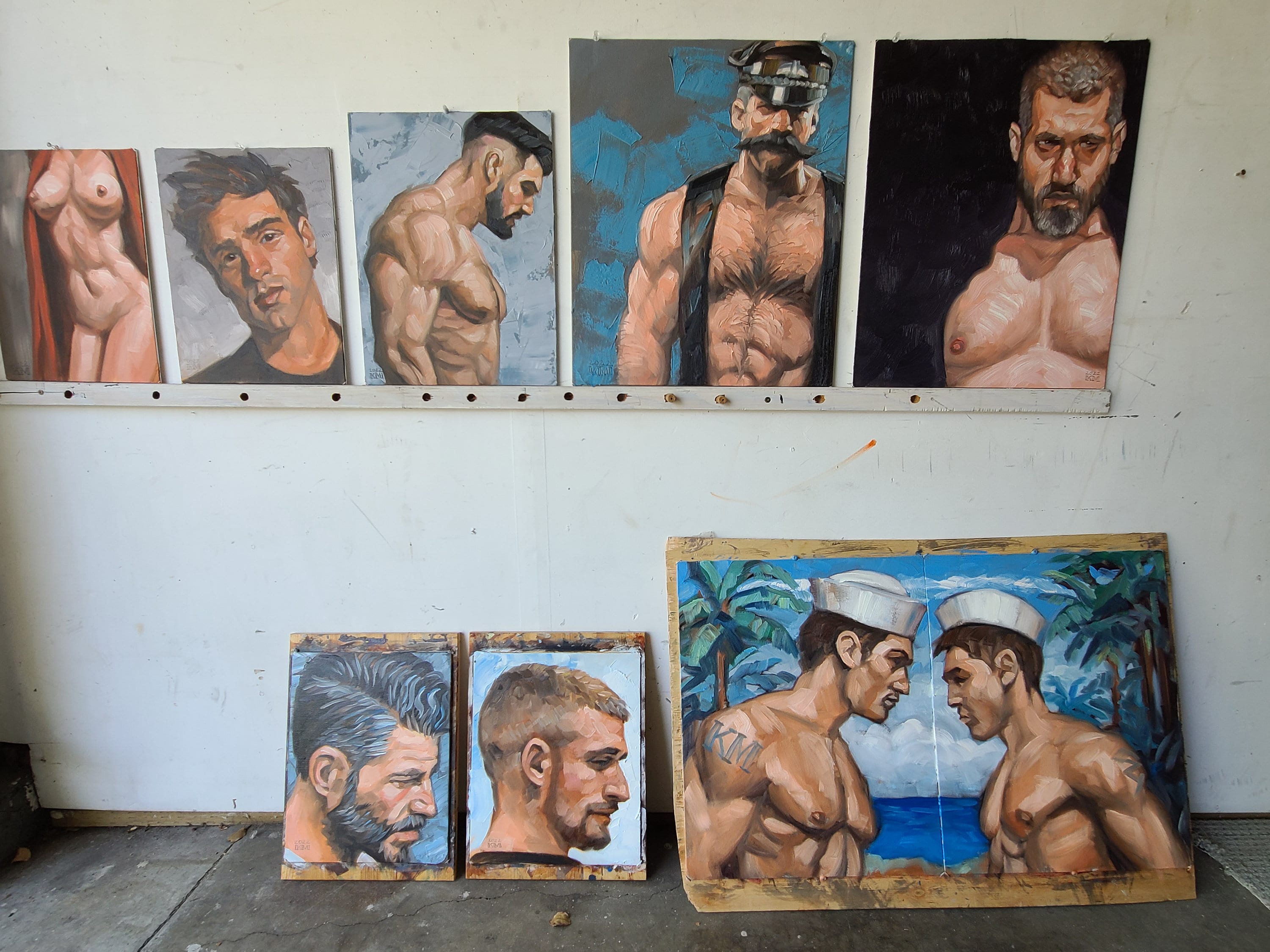 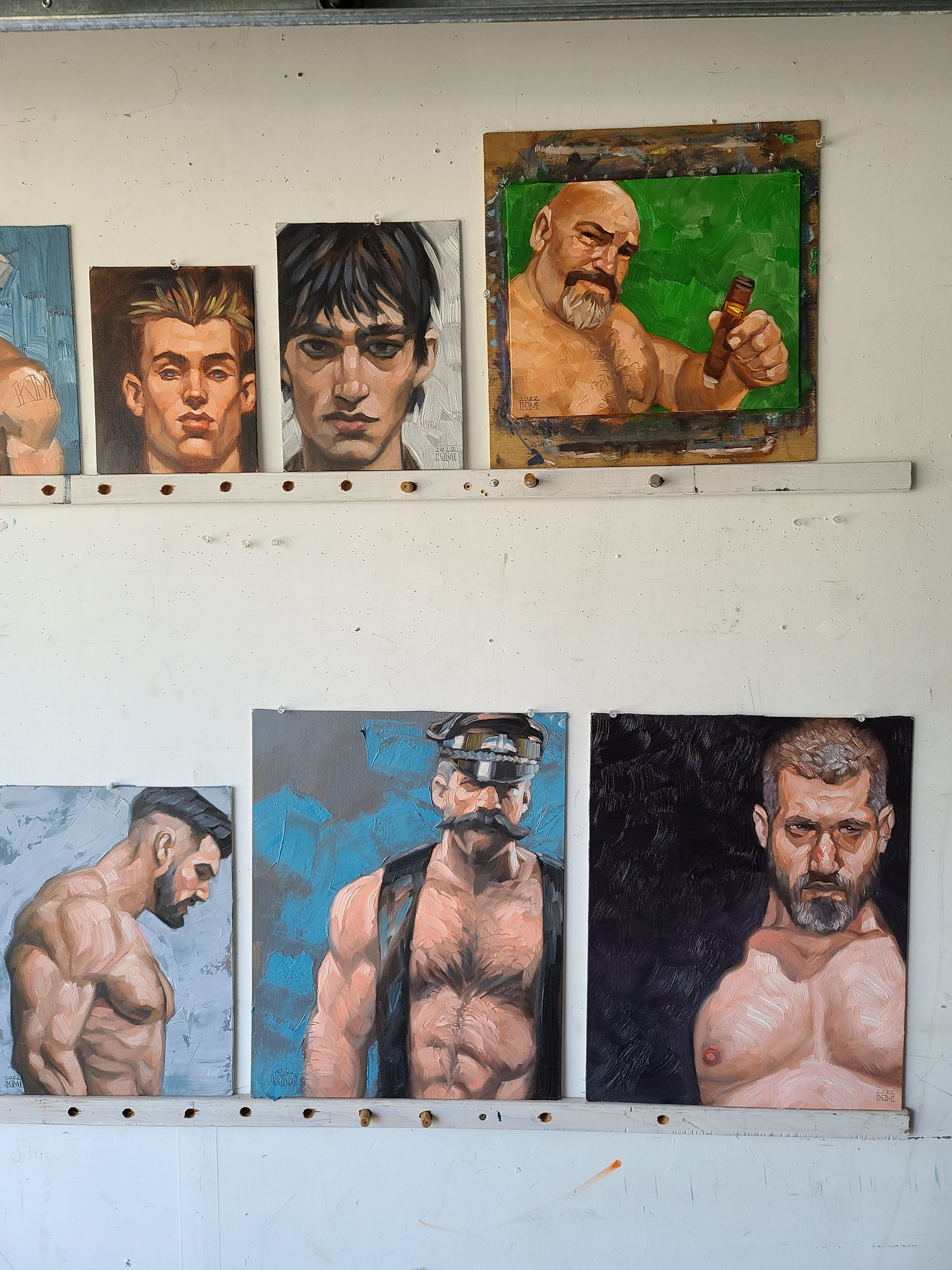 Leather as a gay subculture traces its roots back to the appearance of US biker gangs in the 1940s and 50s. Leathers were practical, but the rugged masculinity of biker culture imbued the material with an allure that spoke to men interested in men. Among gay men, leather was also a rejection of the tropes of effeminacy and passivity that homosexuality had accrued since the mid 19th century, a disavowal of the “sweater queens” – well-to-do, preppy gay men – of the time. “Leather was everything that the self-consciously effeminate homosexuals weren’t. They were some of the first gay men to reclaim masculinity,” says Eric Chaline, author and historian of gay sadomasochism.

This painting was done in the 'alla prima' method. The alla prima is an Italian phrase that means 'at first attempt'. It refers to a wet-on-wet approach whereby wet paint is applied to previous layers of still-wet paint, often in a single sitting. Over the years, the technique has been adopted and adapted by artists from Van Gogh to Velázquez.

A bit of stuff about me.